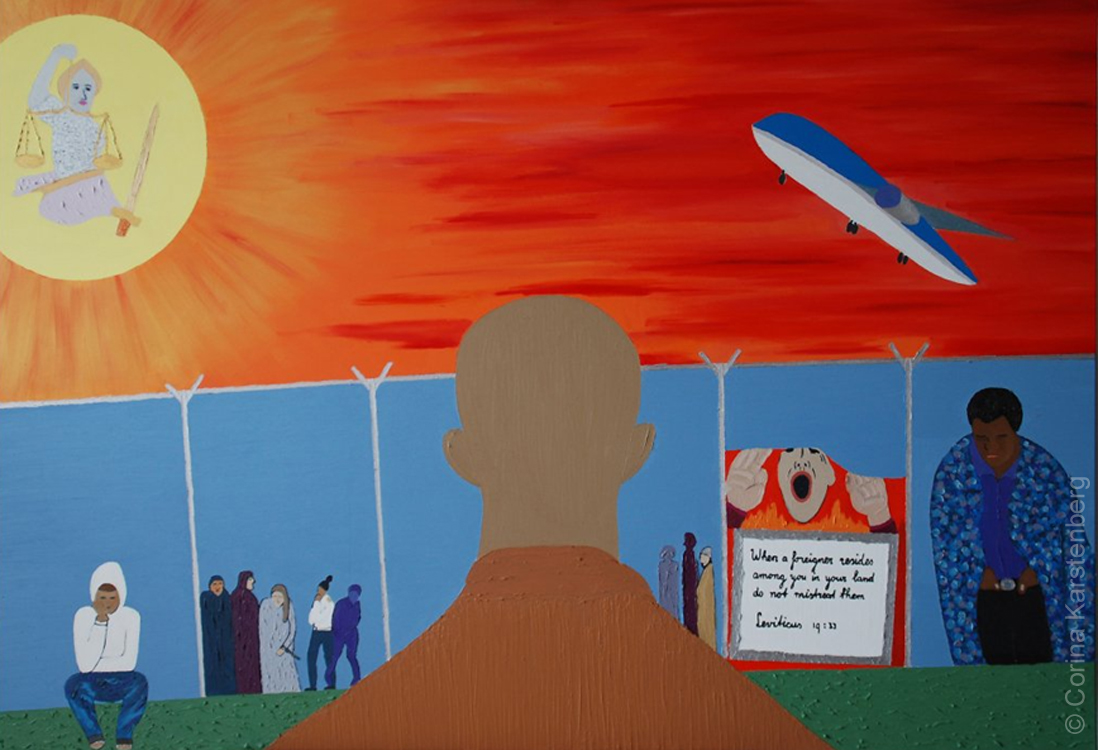 A major fire broke out at Schiphol in 2005. Eleven young people were burned alive. They were rejected refugees who had to leave the country. They stayed in a prison which was swiftly set up, neglecting fire regulations. The survivors who were badly traumatized were brutally treated during the fire and put outside in a cage in which blankets were thrown as soon as it was apparent that the people were freezing. They stood there for hours waiting in the cold. The fire brigade was late, gates did not open, a lot was going wrong during this drama. The safety committee led by Pieter van Vollenhoven showed that serious mistakes were made by the government. By participating since the first commemoration (I have attended to several during the years) the idea for the original painting was born. The man in the middle was also present during the memorial.
Maastricht 2022 © Corina Karstenberg