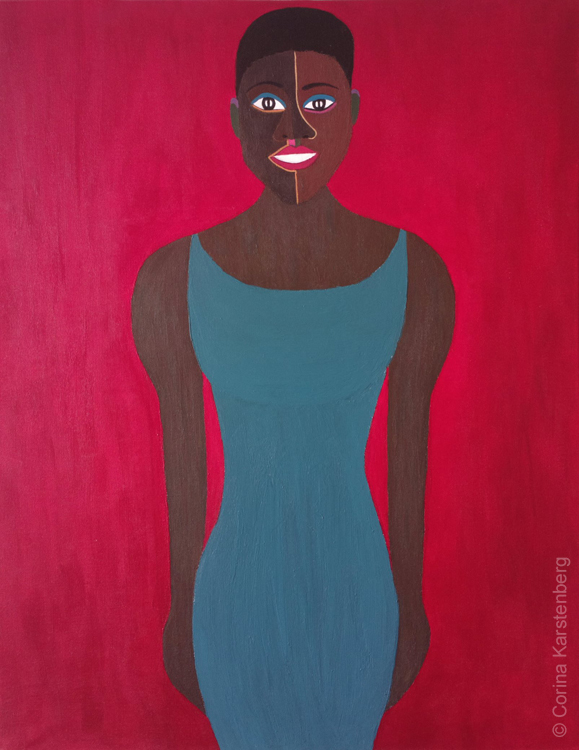 Lupita Nyong’o (1983) is an actress who received an Oscar for her role in the movie Twelve years a slave. An important movie that shed some light on the horrible past of colonization and expansion worldwide and the slave trade of black Africans. The story is about the life of people that were made slaves and worked without payment but with punishment to build up the new country called the United States of America.The painting was made with acrylic paint in Heerlen (2014).